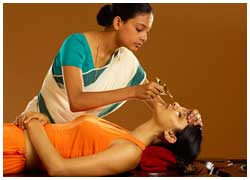 Day 01 : Trivandrum
At the airport to receive the warm welcome of our representatives. He will take you to a hotel. Trivandrum is the capital of Kerala. At night, explore the temples of the city. Overnight at the hotel.
Day 02 : Thottapally - Housebaot cruise 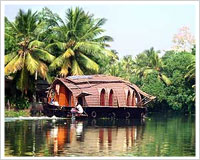 In the 2 nd day trip to Kerala Ayurveda, lead to Thottapally. Getting to embark on a houseboat cruise to Alleppey. A cruise on the backwaters of Kerala sure to be a life experience. Explore the passage of scenic attractions by. Each view would be a feast for the eye. Overnight in the houseboat.
Day 03 : Alleppey - Kumarakom 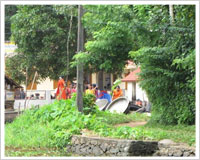 Have breakfast on board the vessel. Then go down and drive to Kumarakom, a backwater destination situated on the scenic banks of the Vembanad Lake, the largest backwater stretch in Kerala. On arrival take a ski haven. The rest of the time or leisure. The atmosphere will act as a natural conditioner to cool your body bio tired. Kumarakom is a picturesque village with picture postcard scenery. At night you can take an ayurvedic massage therapy. After dinner, overnight.
Day 04 : Kumarakom - Periyar 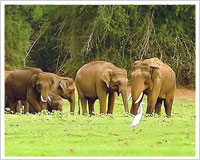 Take the boat cruise Periyar National Park located on the picturesque banks of the river Periyar. The best way to explore the wildlife of Periyar is on a cruise ship. You can explore the natural beauty and wild animals frolicking in the river. Getting to have a station Periyar.
Day 05 : Periyar - Munnar 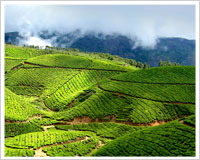 His Kerala Ayurveda tour will take you to the hill station of Munnar. Paradise Tea, Munnar is a picturesque hill station with tea gardens, spice plantations. The highest peak in South India, Anamudi is located in the hills of Munnar. It is an ideal destination for adventure lovers and nature lovers. After checking into a hotel. In the afternoon visit the beautiful tea gardens, tea museum and the British bungalows located in the city of Munnar. Visit Mattupetty dam the river and enjoy a boat trip there. Munnar was once a summer resort of the British. Overnight at the hotel.
Day 06 : Munnar - Cochin 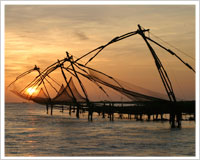 After breakfast at hotel, drive to Cochin, the port city located along the coast of the Arabian Sea. This city is the main cultural and commercial capital of Kerala. It was once a fishing village became a port city during colonial rule. This is the first city in India, where he established the first European town. Cochin also received several sailors from around the world before the European invasion. On arrival take a hotel. Then set your tour to Kochi. Visit to the churches, the Dutch Palace, Jewish Synagogue, Chinese fishing net and markets. Kochi is a secular city where you see people of all religions. In the afternoon visit a cultural center and see the Kathakali dance program. After a dinner of Kerala, overnight.
Day 07 : Kochi - Kovalam Beach 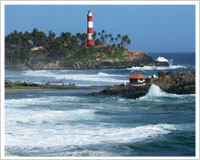 After breakfast at hotel, depart to Kovalam Beach, a resort located along the scenic coast of the Arabian Sea. Kovalam beach is one of the most beautiful beaches in the world with three beaches together. Beach lovers worldwide head for Kovalam holiday. On arrival there was a station in Kovalam Ayurveda. Enjoy the rest of the time enjoying your time on the beach. Explore the beach and have fun. Having a typical Kerala dinner and overnight.
Day 08 - 14 : Kovalam (Ayurveda Treatments) 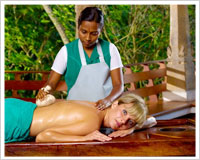 You should take a period of seven days of treatment the ayurveda treatment. Ayurveda Specialist will guide you after reviewing your health. There are many treatments for rejuvenation and anti-aging, rheumatic diseases. Every day, enjoy spending time at leisure on the beaches. You can also visit the nearby villages.
Day 15 : Kovalam - Trivandrum

On the last day of Kerala Ayurveda Tour, drive to Trivandrum airport for your flight home. I hope you had a pleasant experience of massage therapy and treatment of Kerala.