In fact, Punjab is the right place for taking the fine glimpse of historically important beautiful Gurudwaras, forts, monuments, and holy Sarovar (pool / Kund). Before two months, I along with all my family members went there by booking the Punjab Tour Package from ARV Holidays. I liked all the tourist facilities provided by Barsha, a sales executive of this tour and travel company.
With Best Regards
Ramesh (Indore)
Travel Date: 2nd of February, 2017 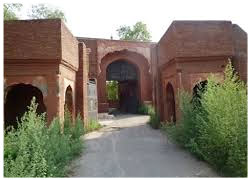 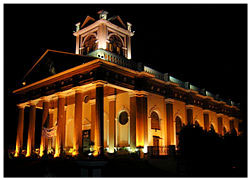 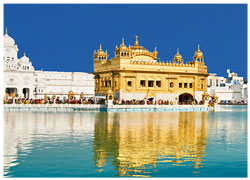 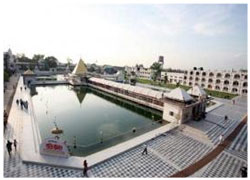 Explore Punjab - the 'Cradle of Sikhism'

Being the northwestern state of the Republic of India, Punjab, which has the majority of the people having faith in Sikhism, is called the 'Cradle of Sikhism'. Referred to the five rivers named the Jhelum, Chenab, Ravi, Beas and Sutlej, the word Punjab has its literal meaning - the ‘Land of Five Waters’. All the five rivers are tributaries of the river Indus. Punjab is one of the most prosperous & smallest states of India. Chandigarh, the state capital city of this state, is counted as one of the most beautiful cities of India.


Abundant in a distinct combination of urban & rural flavors, this state has something or the other to offer its visitors. Being the most sacred & largest of Sikh shrines, the most famous Golden Temple (Harmandir Sahib or Darbar Sahib), which is situated in Amritsar, is counted among a unique religious legacy with a host of Gurudwaras in Punjab. This sacred shrine is the must visit tourist attraction, which is visited by thousands of tourists from all over the globe every year. An enticing sight is presented by the dome of the temple gilded with genuine gold as its shade falls into the sacred waters of the Sarovar. Sri Anandpur Sahib (the birthplace of the Khalsa), Govindwal Sahib, Damdama Sahib, etc. are other Gurudwaras worth exploring.


Reminding one of the terrors of the British rule and the sacrifice of Punjab to the combat for the freedom of India, another historical spot is Jalianwalah Bagh of Amritsar where several people jumped into a well to hide themselves on the firing of the British General Dyer. The Summer Palace of Maharaja Ranjit Singh, which preserves the portraits of the governing dynasties of Punjab and the weapons dating back to the Mughal period, has now been changed into a museum.


The seasons of spring and autumn are the best times to explore Punjab. Lush mustard fields of this state make natural landscape looking breathtaking. If you want to take an unforgettable tour experience in Punjab, the celebratory spirit of the Punjabis and the rural beauty of the place will surely do it.