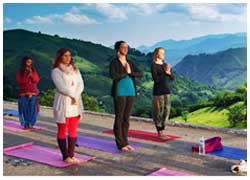 Day 01 : Arrival Delhi - Rishikesh
Early in the morning, come to Delhi, where you will be greeted by the representative of Arv Holidays. You are embarking on a tour of Rishikesh fantastic. Our representative will transfer to a hotel. Cool and eat breakfast. Thereafter, we will start a rejuvenation trip to Rishikesh. After arriving in Rishikesh, which is recorded in a hotel. Relax a while in the hotel.
Day 02 : Rishikesh - Haridwar 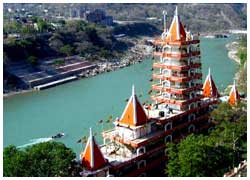 Early in the morning, have breakfast at the hotel. Thereafter, we undertook a tour of Rishikesh. There are many major tourist attractions in Rishikesh. Visit Laxman Jhulla. It's great suspension bridge built across the river Ganges. It is said that Laxman crossed the river by a rope bridge. Jhulla Ram is another bridge as the name of Lord Rama between Shivanand Ashram and Ashram Swarg. Rishikesh Tours are so much sought after for being here is an ethereal experience. Explore several other major attractions such as Bharat Mandir, Rishikund, Nilkanth Mahadeo, etc. will have lunch at a nice restaurant. Then he set out for Haridwar and on arriving there, check into a hotel. It is a sacred place for Hindus. Thousands of pilgrims and tourists come here to experience its pristine aura single over. The most important destination in Haridwar is Har-ki-Pauri. Taking a bath here means liberation from the cycle of life and death. According to Hindu myths, a drop of Amrit (nectar) fell here during the Manthan Samunder here. It means the world began. The Haridwar has numerous temples like the Gorakhnath Temple, Mansa Devi Temple and the temples of Kankhal. All these are beautiful temples. For avid birdwatchers, Neel Dhara has Pakshi Vihar. You get a panoramic view of Haridwar from the point of beauty. After a busy day, you will get back to the hotel. Have your dinner and retire for the night.
Day 03 : Departure for Delhi

After taking breakfast at the hotel, depart for New Delhi. You should feel excited after enjoying one of the most interesting packages Rishikesh. After arriving in Delhi in a hotel. Lunch and rest. At night, you will be transferred to the airport to board flight for your trip.