Places to Visit in Mathura

Being known for as the birth place of Lord Krishna, Mathura is the oldest town in India and known for its many monasteries of the Hindu religion and many holy places. It is very old and written in the oldest Hindu epic Ramayana. You can see the ancient past and legendary dynasties of the 6th century in Mathura. Boasts a number of cultural and traditional attractions, Mathura offers you a number of attractions as follows 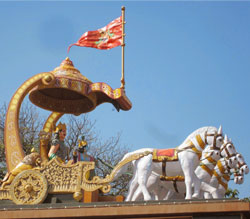 The temple is situated close to the Mathura railway station and a significant place of pilgrimage for the devotee of Hindu society. This shrine is illustrious as the site of birth of Lord Krishna.

The objects that were obtained contain - utensils, images and a rock stage that were usually seen in the jail of that era. These objects are shown in a museum. Krishna Janmabhoomi Temple exchanges a common wall with a mosque because of which there is a heavy security in the temple. The present temple was established in the 20th century. A stone slab is present in the temple that symbolizes the real site where Lord Krishna was born. 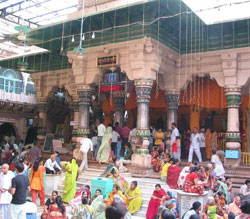 The temple is situated close to the east-side of river Yamuna (Uttar Pradesh). The temple was built in 1814 and is sited at a middle point of the town of Mathura. The God residing in the temple is Krishna.

The Dwarkadheesh Temple is considered to be the most discovered temples in the city. The structural design of the temple is very interesting with gorgeous carvings and paintings. Carnival like – Holi is celebrated with lots of enthusiasm and plenty of travelers visit the temple to get the blessings of the God. Today the management of the temple looks after all the necessary things. 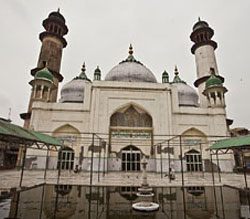 Jama Masjid, Mathura was built in 1661 Anno Domini. He was the chief of Mughal monarch Aurangzeb. This mosque is a famous place for prayer of the Muslims of the area. It is traveled by many devotees to offer prayer around the Uttar Pradesh. The mosque is praised with four high minarets. These minarets are adorned with brightly colored splash medley. Some of these panels can be seen even today. 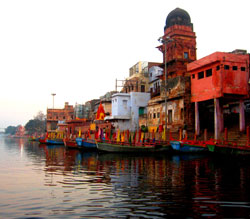 The Vishram Ghat is the most visited Ghats as the customary parikrama begin and finish at this site. The parikrama is the big religious activity and cultural sites of Mathura. According to the legend, lord Krishna spent some time in relaxation at the Vishram Ghat after killing Kansa.

The Vishram Ghat is surrounded with wonderful spiritual places - like - The Neelkantheshwar Temple, Mukut Temple, Murli Manohar Temple and Narasimha temples. In the evening, there is a wonderful place on the Ghat as Aarti is organized and small oil lamps are drifted on the river. The mirror image of thousands of small oil lamps on the flowing river presents a superb view. 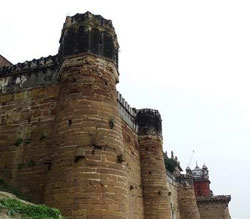 Kans Qila is the chronological tombstones of Mathura. The ruin of this oldest fortification is situated on the north-part of the Yamuna River. Due to wrong maintenance, the fort is currently in a decrepit state. The Rajput General of Mughal Emperor Akbar, Raja Man Singh of Jaipur built the Kans Qila in Mathura. It is considered that Maharaja Sawai Jai Singh of Jaipur established a popular observatory lab in between the year's 1699 and1743. 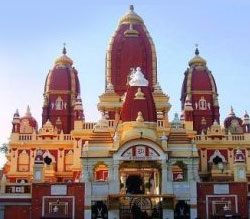 Gita Mandir is positioned at a drive of 5 km from Mathura (UP). The superb temple was made by Birla and a sample of great design that appeals travelers across attracts tourists from all over India.

The temple is open during the week and there is no entry charge. Visit the temple in the morning as there are small stalls outside the Gita Mandir which sell flowers, sweets and other necessary commodities require for the Puja. 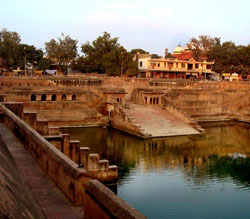 Potara Kund is the most wonderful charm in Mathura and visited by travelers from all over the world. It is the highlights of Mathura and surrounded by temples from all sides.

Potara Kund can be easily accessible by personal motors. The travelers can travel the site all through the year but October to March is the perfect time to travel the place.

Potara Kund is truly a water covered region and as per legend – mother of God Krishna cleaned his clothes in the Kund. The kund is made up of massive granites and well-liked temples enclose the area. The stepped structure and the elite use of red sand stone in the Kund appeal the tourists to pay a visit to the spiritual place. The water of the kund is considered very spiritual and it is used for various auspicious activities. The travelers can take a sacred bath by arriving the kund through the foots. The mirror image of the red walls and the stepped constructions in the water of the Kund look overwhelming. You can come at Potara Kund to relax. The tranquility of the place creates the travelers feel comfortable. 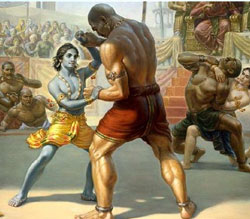 Rangbhoomi is a big charm and travelers visit this place each year in Mathura (Uttar Pradesh) and are situated close to the Mathura post office.

Rangbhoomi has an immense impact because it was a part of the Mauryan Empire. According to the legend, Rangbhoomi is the wrestling area where Lord Krishna defeated and killed his maternal uncle Kansa and also freed his parents from the prison. Kansa had kept Krishna’s parents in the prison and he killed all their kids but was failed in killing Krishna who was saved by his father, Basudev. The Vishram Ghat is located nearby and it is considered that Lord Krishna rested at this Ghat after killing Kansa. Rangbhoomi has a great economical importance as it was a piece of the Mauryan Empire. As per the legend, Rangbhoomi is the wrestling region where Lord Krishna killed the Kansa.

Found within walking distance from the Dampier Park, the museum can be traveled round the year. The museum was established in 1874.

The museum offers you oldest sculptures to see. Also a research center, the entire building is a study work. Superb statue of Kushana are seen in the museum. According to the legend, the first Buddha statue was developed here. The head-less shapes of Kanishka are the most outstanding characteristic of the museum. Statue of old mother goddesses are also particular features of the government museum.